AMC made the annual summertime pilgrimage to the summer festivals in Pittsburgh and Cleveland. This year Philadelphia was not included for lack of any significant classical music events.  This review will focus on the Pittsburgh New Music Ensemble's (PNME) first concert of its summertime series.

Given AMC's three-concert experience with PNME, AMC has a sense of expectation about something special happening once the music began.  The goal of this visit, aside from enjoying the performance, was to figure out from where that expectation was arising.  More of that later. 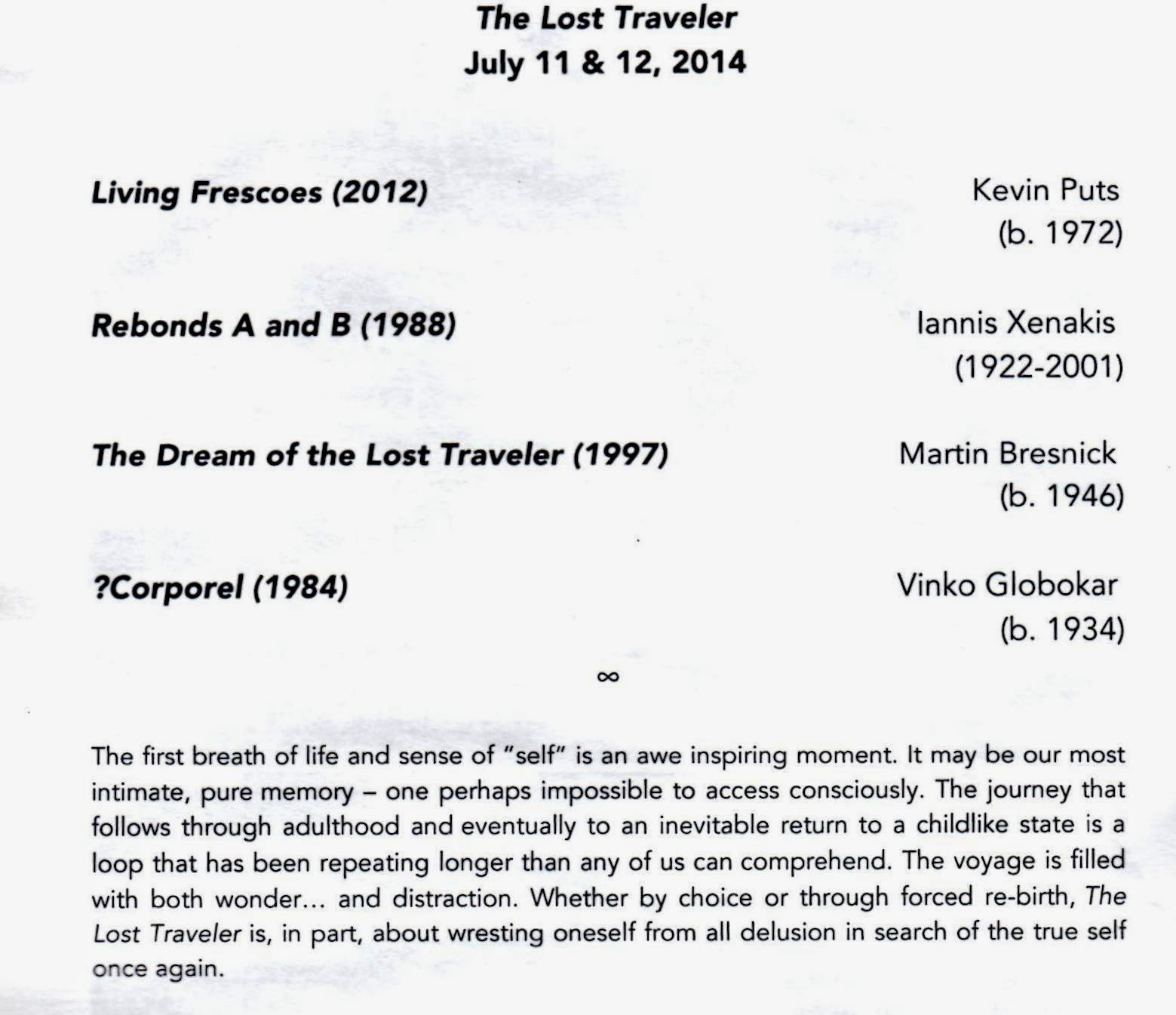 The Kevin Puts piece was accessible and, as a result, AMC can says that it is an exquisite piece of music.  AMC uses "accessible"  to describe music that can be understood by the listener (in this case an N=1)
and that does not require repeated hearings to "get" it.  There are some new music composers who consistently write accessible music (John Luther Adams,  Oswaldo Golijov) and the music still has an edge and can bear repeated listening.  Other composers write music that is so accessible that it is bland and may not bear up well to repeat visits (e.g., Adam Schoenburg).  The "Living Frescoes" is described as a series of five movements that explore themes of human existence: individuality, society, death, and rebirth. The performance included the clarinet, violin, cello, and piano. There are soaring melodies and beautiful harmonies, as well as a few compelling dissonances in this work, that make it interesting and soulful.  This was new music, with new structures and meaning, that made grand use of traditional instruments.

But POW! In the silences between movements in the "Frescoes" came the "Rebonds" by Xenakis.  Rebonds has become one of the classic contemporary works for solo percussionist.  Xenakis has said  that he intends all of his pieces “to be played as written, at the written tempos, with all the written notes”, which  encourages performers to try any and all approaches to the score in an effort to realise what is notated, despite the fact that some sections of this music lie on the edge of technical possibility.

The interweaving of these two works is jarring, unexpected and bold- and it totally worked.  Below is a performance of "Rebonds A."

The Brasnick "Lost Traveler" work was written for piano and soprano solo. For AMC, this piece shares the effect (if not the style) of minimalism in that is enabled AMC to simply be in the moment, with no attention being paid to intrusive thoughts or sensations.  The soprano soloist was  Lindsey Goodman, PNME's flutist.
She appeared through an archway about 10 feet above the stage, behind a scrim.

The final work by Globokar, "?Corporel" is a stunner.  Mr. Rosenbaum came onto the state in a suite, and gradually removed his clothing, folding each piece carefully and precisely,  In his black shorts, he assumed a lotus-like position and began the work.  The work uses glossolalia vocals (including yell and clicking sounds), actual spoken words, and various slaps, hits, and pokes to the body, exhalations of air- below is a video of a performance of "?Corporel."   This piece is staggering in its intimacy and turmoil.  It is daring and likely offputting to some, but AMC found it to be exhilarating, troubling, and admirable.  Mr. Rosenbaum performed it with integrity and skill and his willingness to share his vulnerability with an audience was remarkable.  As a side note, AMC once worked in a Veterans' Administration psychiatric unit for those with severe and persistent mental illness.  Mr. Globkar's composition reminded AMC of the sounds and behavior of those with chronic and severe schizophrenia.  It is a piece not to be taken lightly- it leaves a lasting impression.

Now- back to why AMC finds PNME concerts so compelling.  There are several reasons, ranging from the mundane to the important.  The concerts are held at the Pittsburgh City Theater, which is located in a repurposed church building in a former working-class neighborhood that is evolving, yet retains its gritty urban post-industrial feel.  Its no secret that if these neighborhoods were transported to other cities, they might be considered run-down or marginal, but in the context of Pittsburgh, they are hip and exciting and are home to many in the creative class.  The theater itself is a black box with stadium style seating.  The performers are often not center stage, but off kilter, which helps to set the stage, so to speak, for the music. The titles of the works are projected onto a scrim so that the script appears in two places, the scrim itself and the back wall.  The architectural features of the theater are frequently incorporated into the performances, such a Ms. Goodman's floating soprano.  Occasionally throughout this performance, a man dressed in a suit unexpectedly walked behind the scrim, wearing a bland white face mask (think of Tom Cruise's mask in "Eyes Wide Shut" without the sparkles).  The lighting is carefully planned  to highlight groups of performers, but it is always subtle. The auditorium's seats are comfortable so as not to compete with the music. So, in sum, here is what makes PNME's concerts special-  the choice of music of course, the drama of the physical location of the performing space, the performing space itself, and the staging of the pieces demonstrate that nothing is left to chance. Those responsible for the performance design it to be an experience- just not a concert.  This thoughtfulness raises a PNME concert to an experience, in fact, a theatrical experience that rewards the audience on so many levels.

finally, there may have been about 150-200 people in the audience.  Never has AMC heard a quieter group of concert goers.  Better to listen to music than coughing! 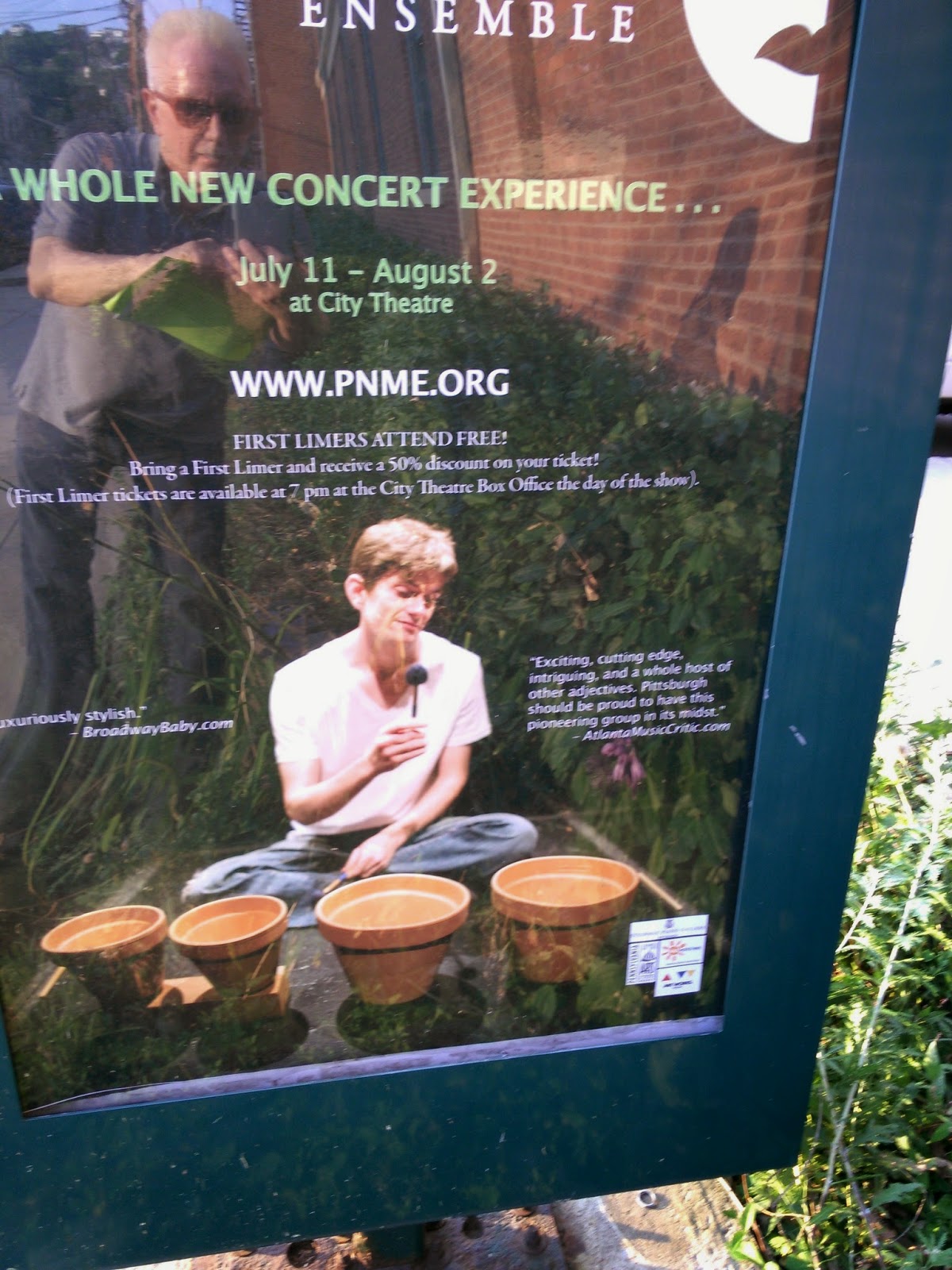 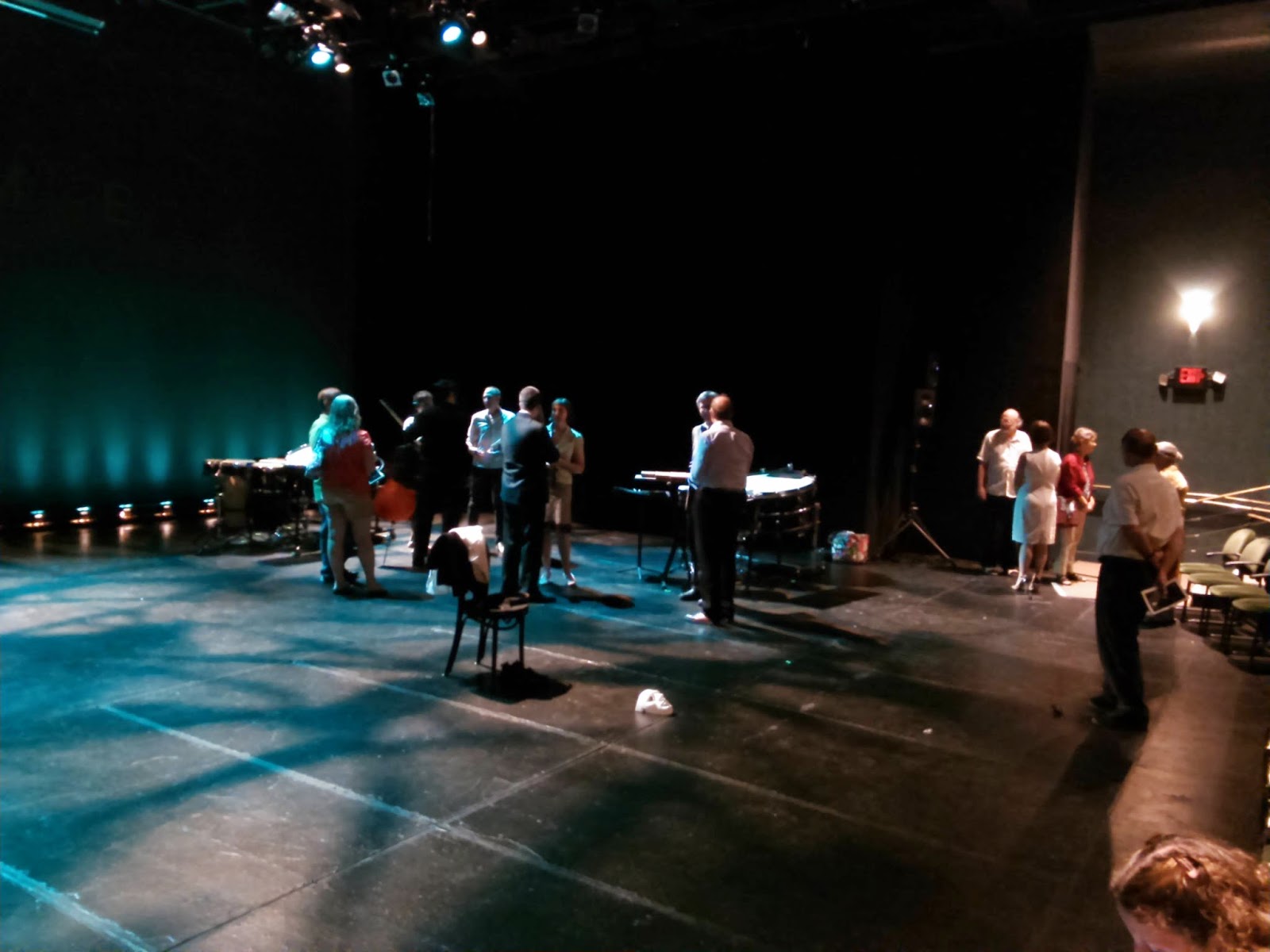 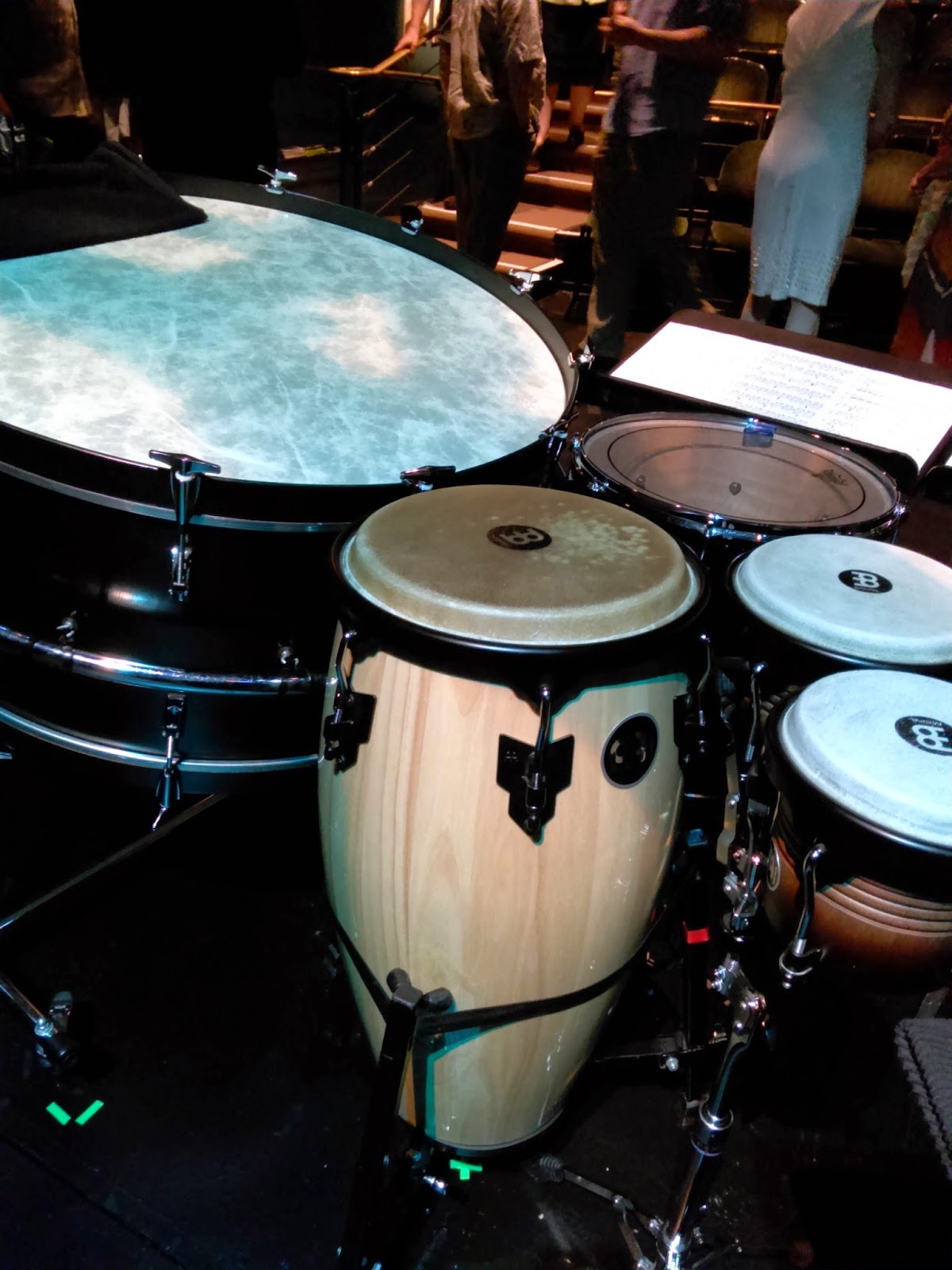