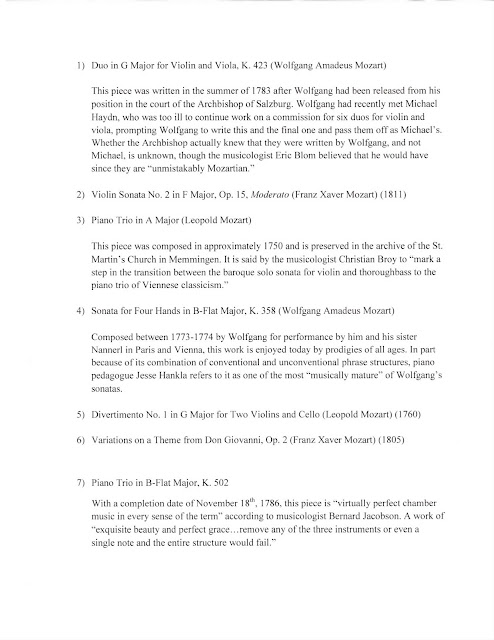 AMC attended a concert featuring the music of the Mozart family sponsored by the Opera Theater of Pittsburgh.  The performance was staged at the Twentieth Century Club in Pittsburgh's Oakland neighborhood (http://thetwentiethcenturyclub.com/). AMC does generally try to find something nice to say, but this was one of the worst concerts ever.  Here goes:

1.  Check out the program- no list of performers, sponsorship or anything.
2.  The strait-back audience chairs were set up in an open square around an elevated platform in the middle. the piano and performers were holed up in a performing area in the upper left hand of the space no where close to the center of the chairs.  Maybe the piano could not be moved onto the raised platform, but this arrangement was bizarre.
3.  Because of the odd layout, some of the performers played facing a side wall with about two-thirds of the audience looking at their back.
4.  The performances were unmusical, pitchy, and just plain awful.
5.  It was hot and humid in the performance area.
6.  The lighting was harsh.

This was nothing short of pathetic. 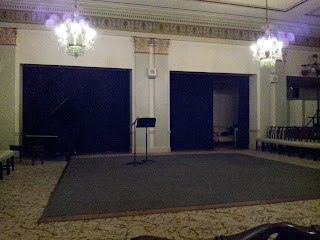 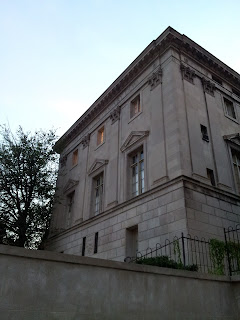 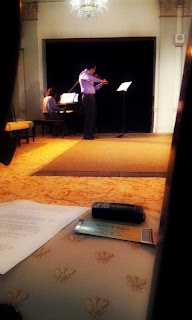 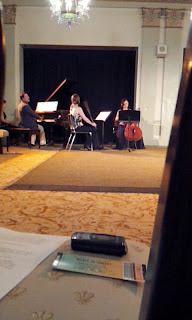