Not your Grandmother's Love... 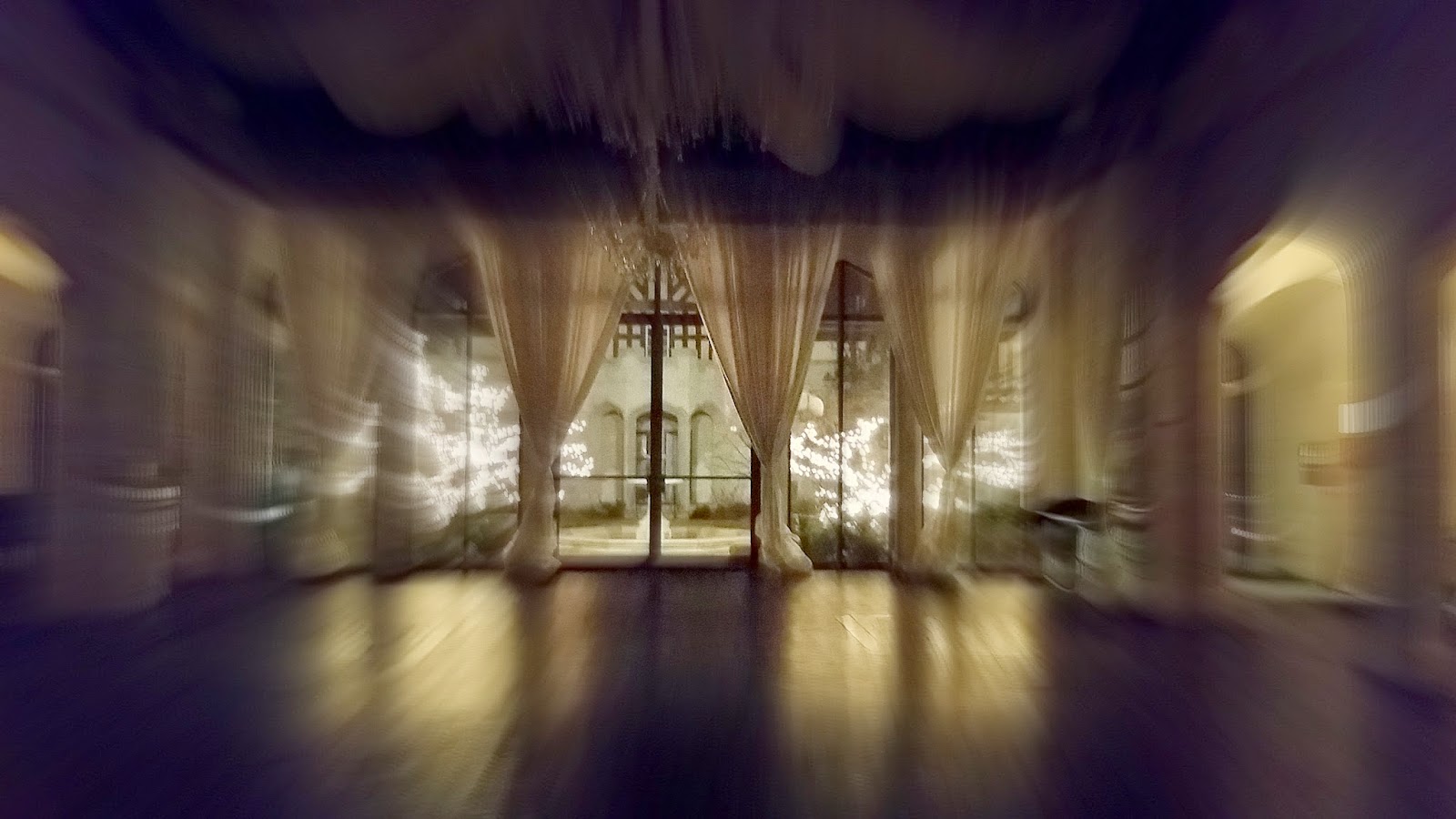 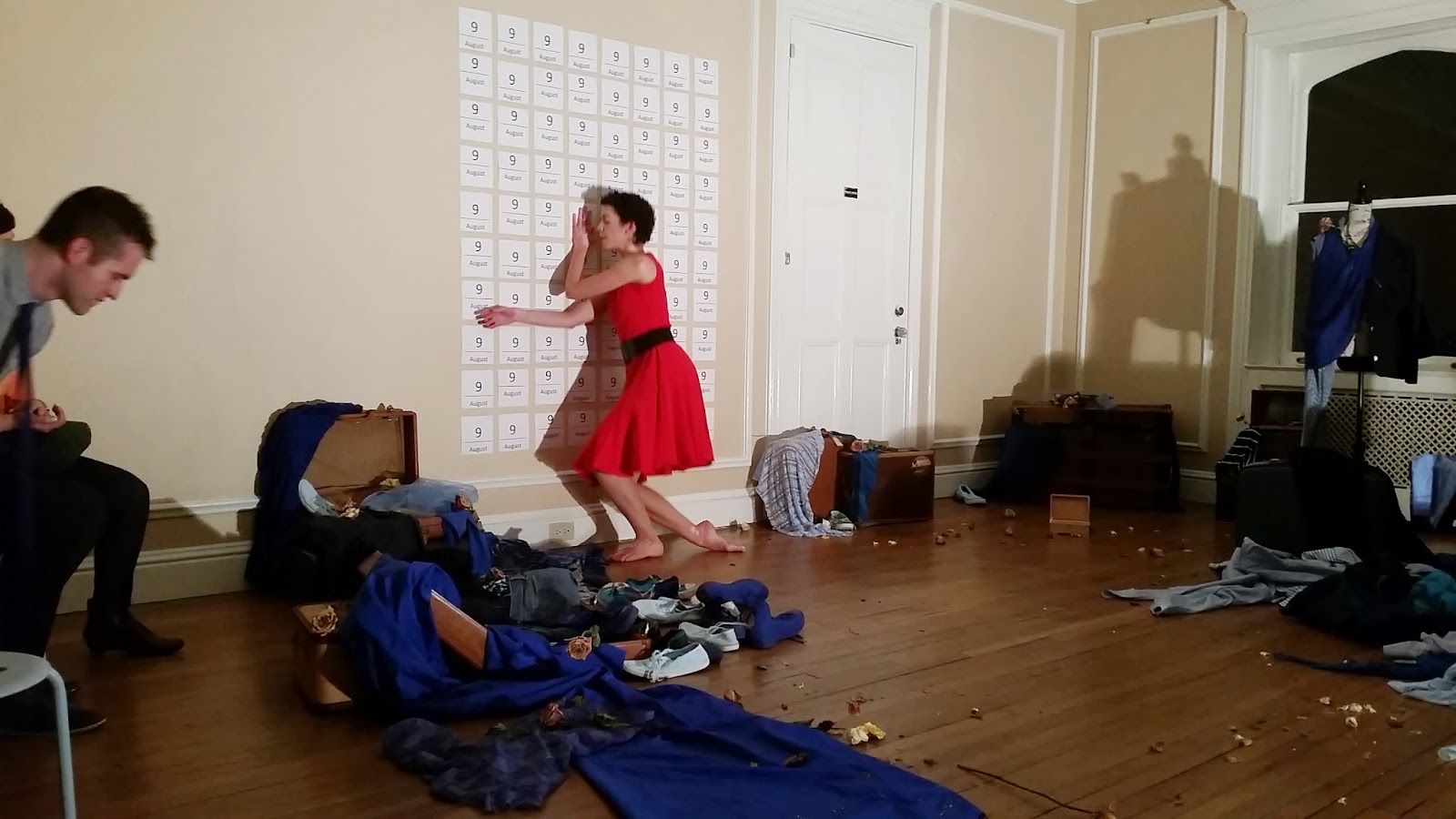 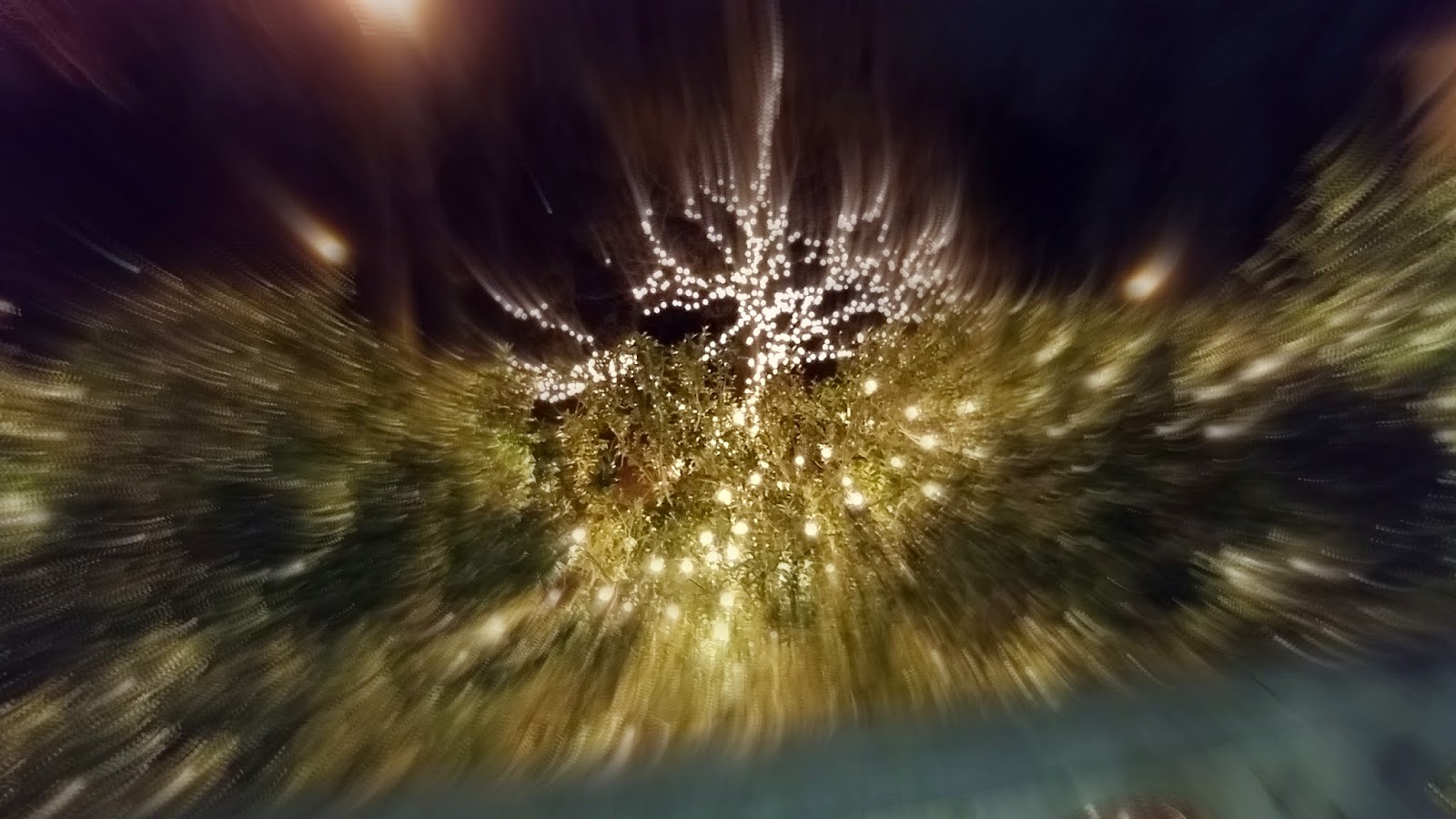 Atlanta's  music scene is enhanced by the presence of many new music ensembles, e.g., Sonic Generator, Chamber Cartel, Terminus Ensemble,  Bent Frequency.  They bring cutting-edge music and performances, which are often played in unusual, alternative  venues that attract a younger, more urban audience that engages actively  with less formal, less structured, and more interactive productions than are offered by more mainstream  cultural organizations.
In keeping with this more interactive and less structured approach,  Atlanta's CORE Performance Company, whose artistic director is Sue Schroeder in collaboration with Bent Frequency (under the Artistic Directorship of founder Stuart Gerber) presented a Valentine's Day program titled "on love."  The performance took place in several different rooms of  Atlanta's grand Callanwolde Fine Arts Center- the former residence of the Candler family of Coca Cola fame. The performance began with about 20 couples receiving brief ball room dance lessons from D. Patton White, CORE's Stage an Company Manager.  It was a clever way to introduce the program because the instruction focused on dances  traditionally associated with romance and courting, e.g., the rumba, while the program that followed was something quite different.
From the ballroom, the audience moved between various  rooms in the mansion to watch different modern takes on love. For example, one room featured dancer Kristin D'Addario caressing a shirt (maybe an ex-lover's?), moving  quizzically in front of a wall calendar, and repeatedly looking  over her shoulder at a spot on the wall in a paranoid and fearful sort of way.  The music was Stockhausen's "Leo" performed on a music box.  Another room featured Stefanie Boettle obsessing, in a self-loving way, over her appearance, e.g., fixing her hair, smoothing her dress, cleaning her teeth.   Another vignette involved the entire company in a dance where each pulled on one wrist with the opposing hand, as if to shed something or someone.  All of the dancers then exited except for  Ms. Boettle and Joshua Rackliffe.  Ms. Boettle danced the part of a clingy lover, while Mr. Rackliffe attempted to fend off her attention.  This was accompanied by the sounds of a typewriter being played by Mr. White.  Another vignette has D'Addario and Rose Shields at opposite ends of a long banquet  table covered with a red table cloth.   The couple  begin to argue, but their voices were soon obscured by Stuart Gerber playing Alexander Babel's "Music for a Small Audience" on the snare drum.   The sounds of the drum became the lovers ugly words.   Another room featured each dancer disdaining  the physical advances of another, with music of Gerber being played by Bent Frequency.
Throughout the performance, Mr. White glided around the performance space narrating and instructing the audience where to move next.  He used a megaphone that added a weirdly detached quality to his narration.  White was very effective in being  a kind of low-keyed slightly menacing other worldly interlocutor.

The 150-person audience moved quietly from room-to-room to take in the slightly off-kilter views of love presented by CORE.   Save for a  few cramped doorway spaces, the audience was accommodated very well in the Callanwolde spaces.

Sometimes new music performances can border on the trying-too-hard side of things but this joint venture of two of Atlanta's  cutting edge performing groups worked very well.  The meaning of the vignettes was not so abstract that it was lost on the audience nor did the vignettes condescend to the audience, which is sometimes a tricky balance .  The pieces  presented comment on the various things we find ourselves loving  in the new millennium, i.e. , our electronic toys, our food obsessions, and our objects of desire, including other people.  This was not a Victorian Romantic's dream, but rather a sometimes humorous, dangerous, subversive, neurotic- but very effective- look at love and in the 21st Century.  The mostly under 30- year old audience seemed to resonate with the message.


A final note, the program was a small  14- page photocopied booklet that included photos of the performers, poems that might have inspired some of the vignettes, and dancer biographies.  It contained a playlist but with no explanation of what music was played with each vignette.  Simply numbering the performance space  with a corresponding numbering of the music would have been helpful.
at 2:53 PM