Caleb Herron (one of Atlanta's great percussionists) and Ian Rosenbaum (one of the nation's great percussionists) performed at concert at Eyedrum.  While the venue can politely described as decrepit, these two artists presented new music that was stunning.  Domenic Salerini of the Vega quartet was a guest artist.  Domenic's esteemed father, Paul Salerni was in the audience.  Much like the audience for last weekend's Chamber Cartel concert, the audience was hipster heaven.  The performing space is on the emerging Forsyth Street in Atlanta.

Here was the program:

One piece did not make it into the published program was Vinko Globokar's  "?Corporalis,"  which was performed by Mr. Herron.  As coincidence would have it, AMC saw the same work performed by Mr. Rosenbaum this summer at the Pittsburgh New Music Ensemble.  It is a of body percussive piece that is frightening, awe inspiring, and theatrical.  The percussionist is lucky to come out of a performance without several hematomas.  In Mr. Rosenbaum's performance he stripped to his boxers.  Mr. Herron was a bit safer, stripping only to his jeans.  No matter- however, AMC thinks that the work would be even more powerful if the musician would be in tights or a jock strap, but that may also offend some sensibilities.  It would also be an indication of the ego strength of the performer (if we really care) and, face it, some performers ought be be seen fully clothed.  But AMC digresses.  Mr. Herron demonstrated his still as a performer and as a musician.  He also briefly sang, which AMC thought was in French.  Again this is a forceful piece that can generate anxiety in the audience.  Unfortunately the performing space did not enable Mr. Herron to be on a raised stage, so AMC guesses that many in the rear of the small venue might have missed some of the power.

Mr. Herron also played a piece using a gong.  Unfortunately AMC did not catch the name of the work.  But it involves the percussionist repeatedly striking the symbol with a soft mallet, with a steady beat, but varying in loudness.  What's interesting about it is that as the gong gets louder, and starts to vibrate more rapidly its resonant frequency begins to be heard.  So superimposed on the main sound of the gong, a a base sinusoidal sound becomes apparent.  It was wonderful.

Mr. Herron also played a piece on a triangle, that took full advantage of that instruments flexibility of sound that can be manipulated by the performer moving his  his fingers around the perimeter of the metal.  Again, AMC did not catch the name of the composer, but Mr. Herron's performance was full of stamina and sensitivity.

Andy Akiho is an emerging composer whose music is increasingly popular and for good reason.  It is listenable and, yes- to use a hackneyed word "accessible."  Both Mr. Rosenbaum and Mr. Salerni the younger went to school with Akiho are are among his champions.  For an interesting interview with Mr. Akiho, go here: http://www.huffingtonpost.com/joel-garten/artist-profile-interview-_b_4339818.html  "Stop Speaking" is a piece for percussion and an electronic voice.  It is evocative and since the words being spoken are just a bit out of reach for the ear, it provides a musical accompaniment to the percussion.  Hi 21 is a very rich piece.  Originally composed for steel drum and cello, Mr. rosenbaum played it on marimba with a recorded cell accompaniment.  To AMC's ear the rhythms of the two instruments are just slightly off, so it has a bit of an off kilter sound.  Here is a performance in its original scoring with the composer on the steel drum:

Mr. Rosenbaum then performed  David Crowell’s “Celestial Sphere” which is a crescendo of eight electronic marimbas vs. the live one.

"To the Earth" is a piece  that combines poetry and music played on tuned flower pots.  Here is a video by the acclaimed Evelyn Glennie:

But from AMC's perspective, Mr. Rosenbaum's performance was far superior.  He brought a geniality to it, that made it warm and almost touchable.  What aided Ian' performance was his gentle voice and his ability to make eye contact with audience members, so it was an intimate performance.  glennie's performance is much more in-your-face, which loses the gentleness of the lyrics.

Mr. Rosenbaum also played Tawnie Olsen's "Meadowlark" (a premiere) is a  piece that uses a recorded  meadowlark call, and then through the music bends it, reshapes it, giving the listener new insights into a natural phenomenon.  Rosenbaum also performed John Cages' well-known "In a Landscape" with sensitivity and nuance.  Here is a performance by another artist:


"Memory Palace" by Christopher Cerrone was the final piece on the program.  It is a gorgeous piece, using found common objects such as tuned bottles, wood blocks, temple bells, as well as traditional musical instruments.  Rosenbaum used various sections of the stage to perform.  The music borders  a bit on "Space Music" (not that there's anything wrong with that) so it is trance-like and the sound is often layered.  Here is the master playing it in another venue:

If that isn't gorgeous music, AMC doesn't know what is.

We are fortunate in Atlanta to be able to hear Mr. Herron fairly frequently throughout the year.  We are unfortunate that we cannot hear Ian Rosenbaum as frequently.  He is technically proficient but his seemingly gentle nature brings a grand sensitivity to his works that turns what can be banging and clanging into an affecting musical performance.  He is capable of extraordinary music making. 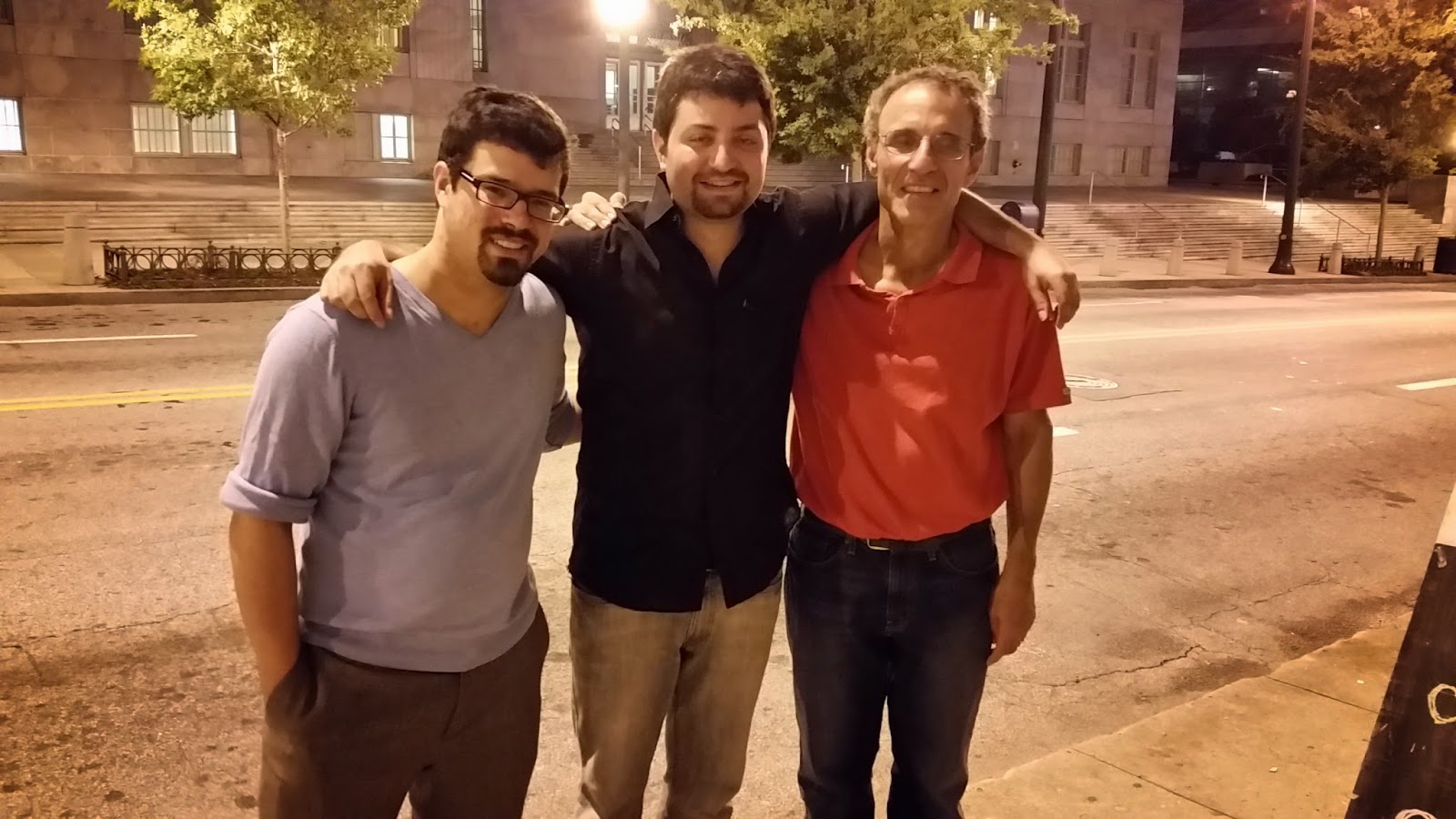 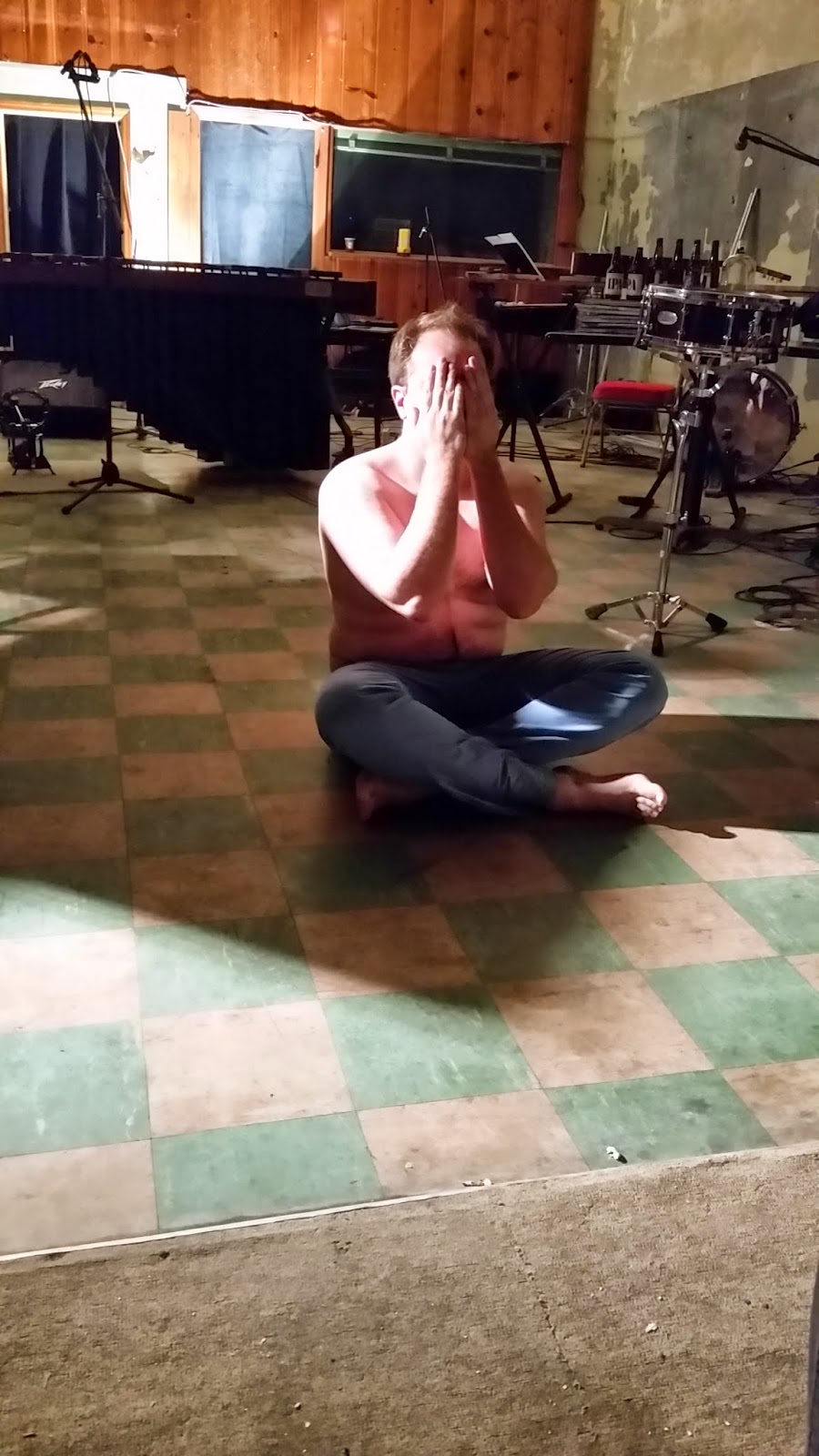 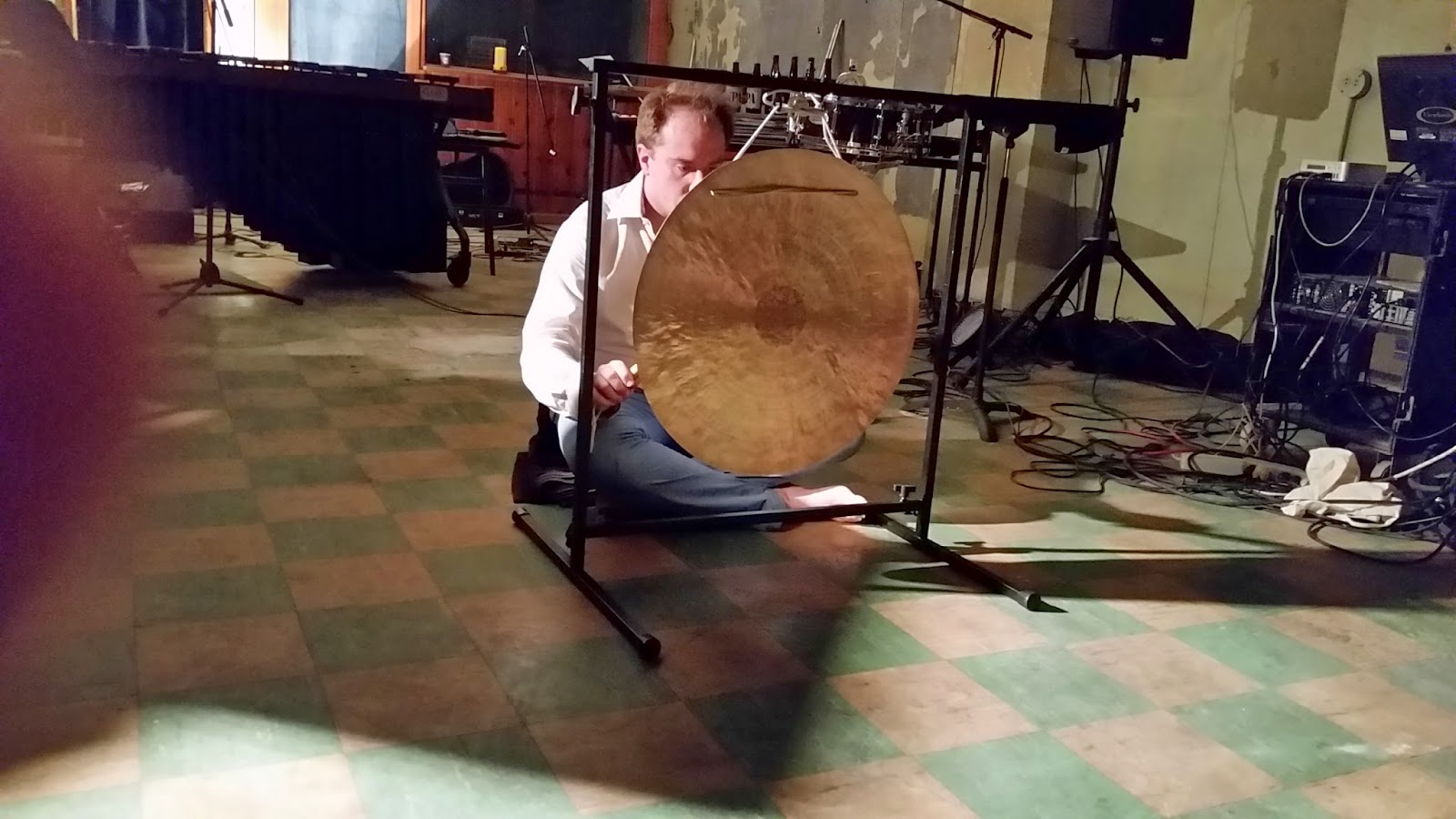 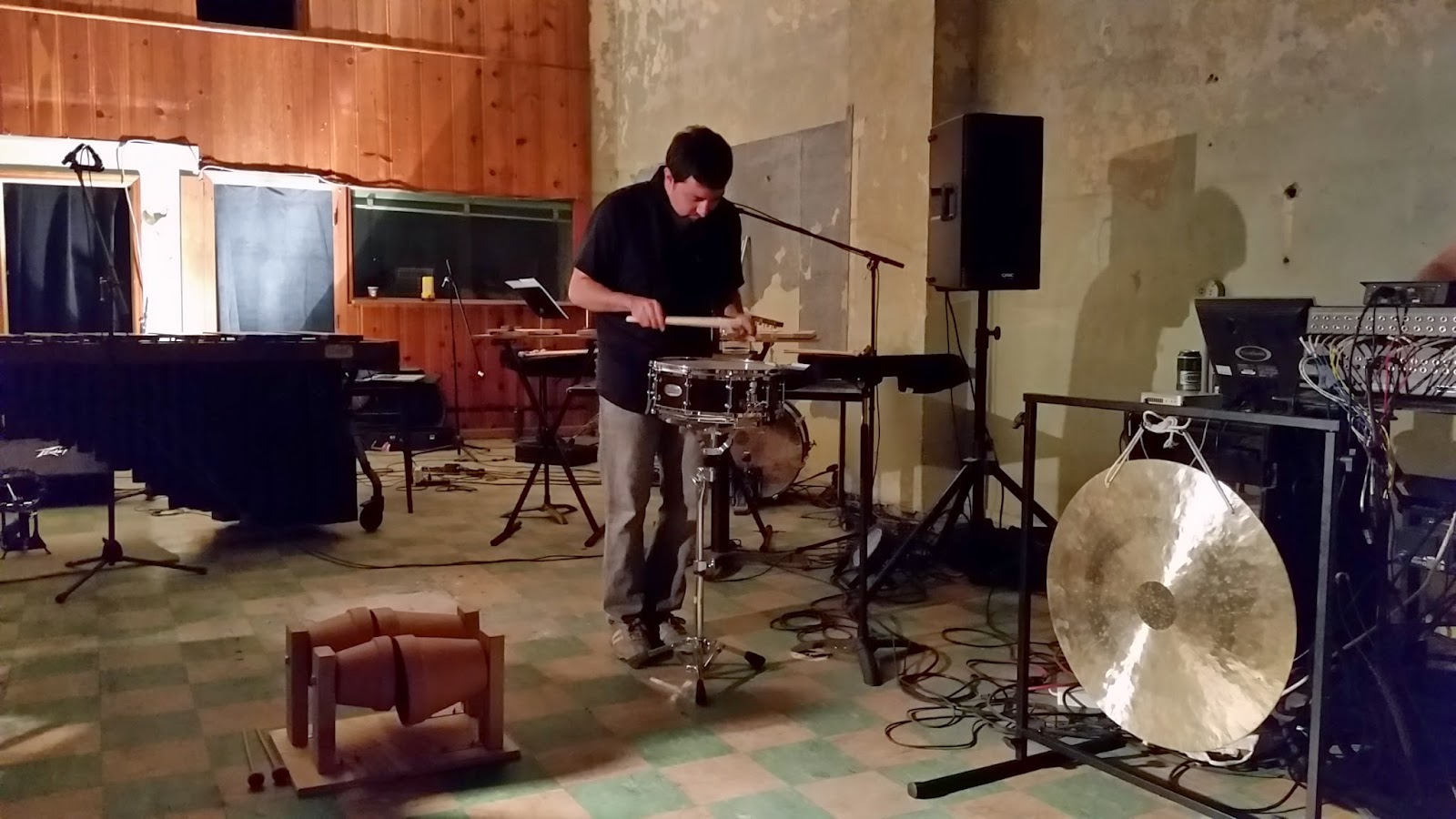 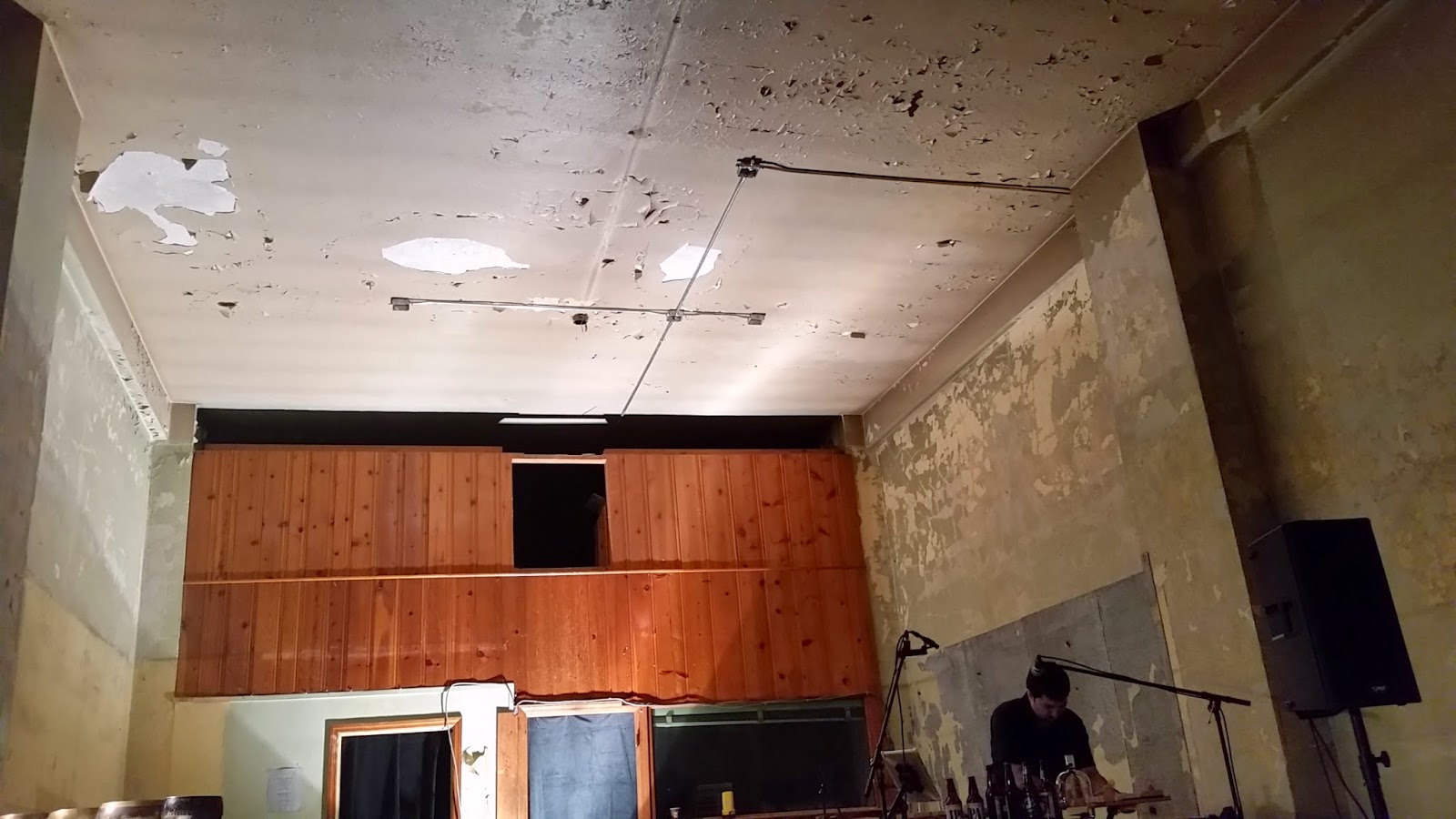 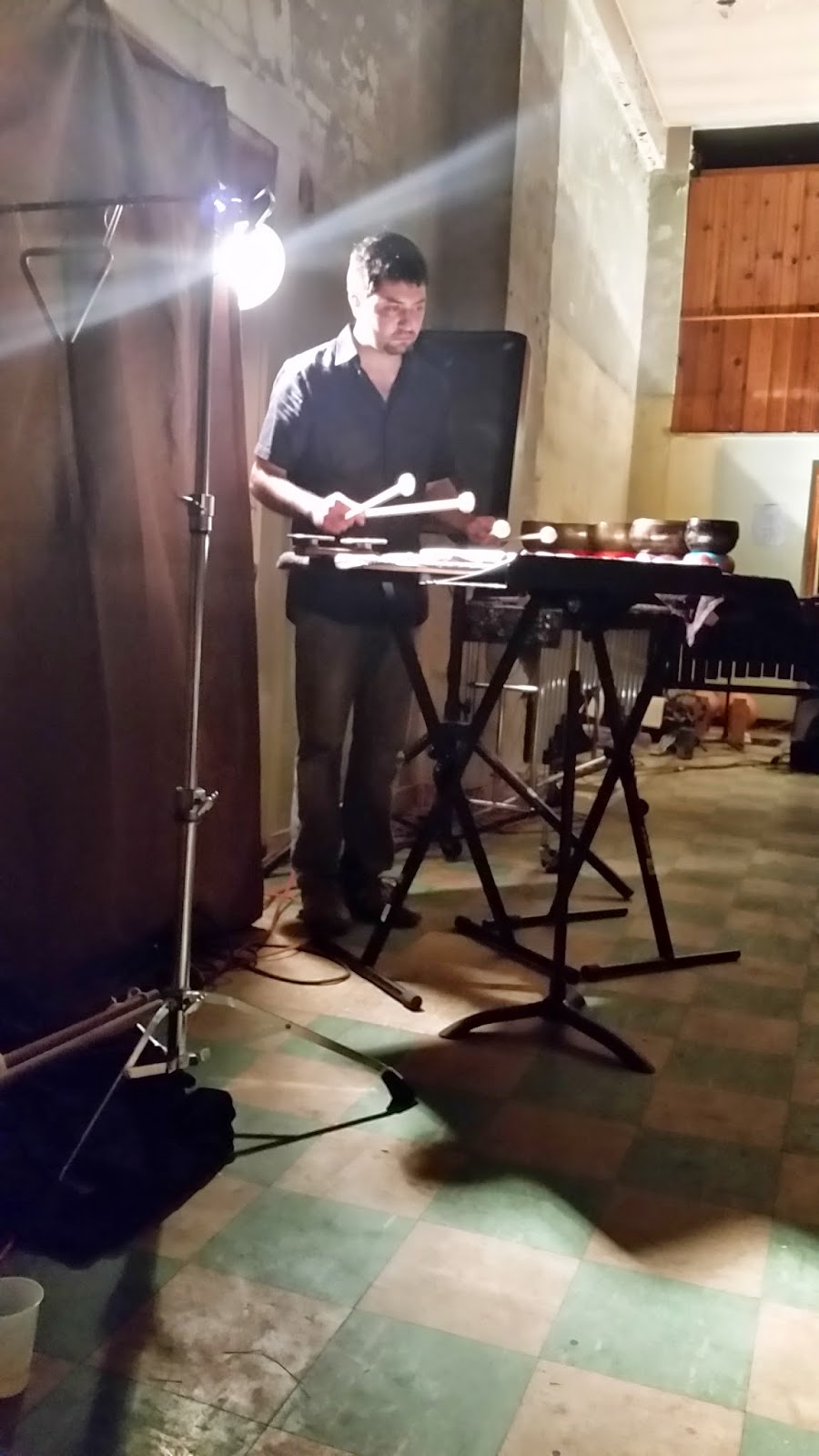 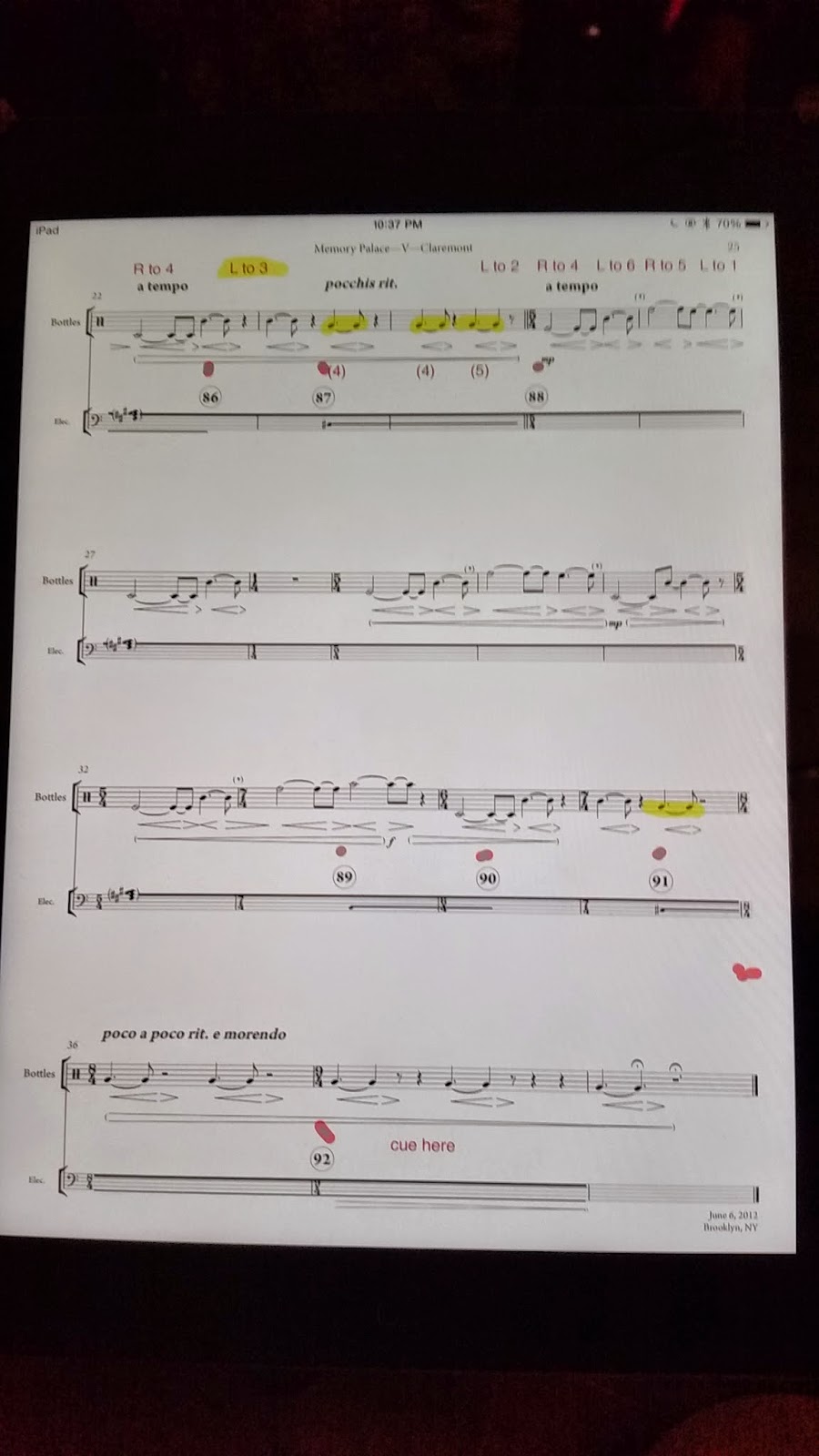