The following video is a bit tedious with too many talking heads, but  the tour is nice. 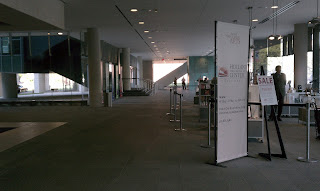 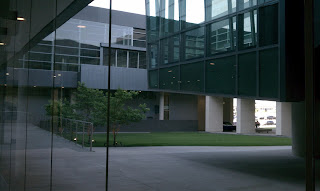 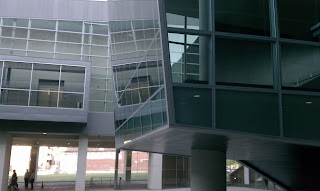 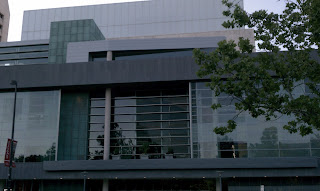 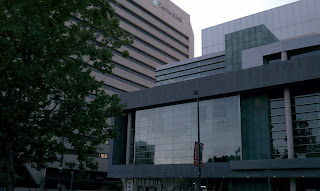 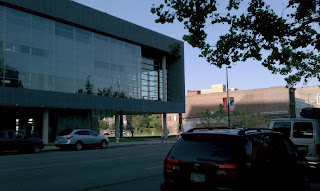 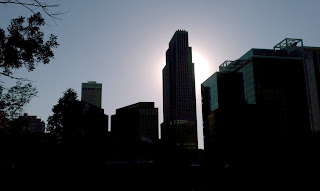 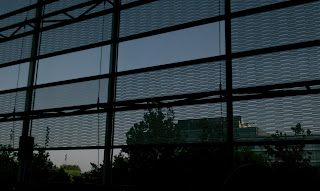 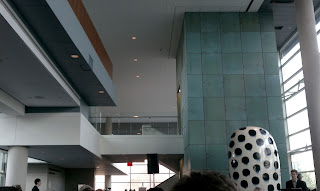 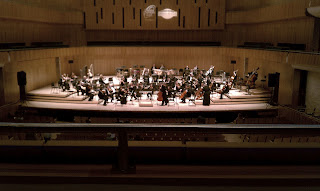 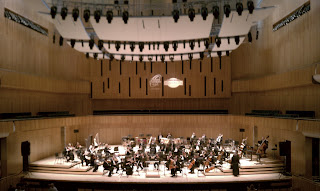 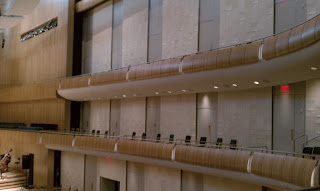 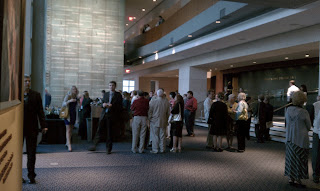 The Omaha Symphony, under Music Director Thomas Wilkins, presented a program including:

I have many questions, keeping in mind that the Omaha Symphony is not one of the “majors”:

1. Why does the OS have such a wonderful performing space in the Holland Center?  How can a modern shoe-box concert hall have such warmth and stunning reverb time with no smearing?
2.  Why does the Holland Performing Arts Center have such grand, albeit somewhat bleak, public spaces?
3.  Why does the OS have a horn section that plays without pitchiness and without sliding into notes?
4.  Why does the timpanist work so hard?  Does it really add to his performance?
5.  How did they attract such a wonderful English horn player?
6.  Why were the bassoons so impressive?
4.  Why did the cellos and basses sound so integrated together and why did they complement the rest of the orchestra so well?
5.  Why did the brass section in general sound good without drowning out the rest of the orchestra?

These were competent performances. I have a few quibbles.  The Liszt began out quite sloppily, which I will attribute to warming up.  Overall it was played well, with no rhythmic slowdowns to accommodate less skilled players.  The Beethoven was also effective. My only complaint was a slowing down of the tempo to accommodate the French horns in their key solos.  This is a very minor issue. The Bartok was really good.  Everything was played well, without exaggeration.  It could possibly have been played with a bit more tension and ferocity, but Maestro Wilkins does not seem to be a whirlwind of a conductor.  See my review of earlier this year when he conducted in Atlanta.

Unfortunately the house was not well sold.  Maybe that’s because there was a street fair occurring concurrently in Omaha or maybe because it is June or maybe it’s because of lack of demand, as is being seen all over the country.  Wilkins is a competent conductor, but his bowing to the audience with his Buddha-like prayer hands clasping the baton is a bit much.  He did address the audience about the Bartok.  I appreciated that and think that maybe conductors should do a bit more of that- it not only imparts knowledge, but it may break down some of the barriers between the Maestro and the audience.

As you may have guessed, the Holland Performing Arts Center is an acoustical masterpiece.  I think it can make the second-rate sound first-rate, bathing the performance in a golden glow, yet without muddling the sound.  I don’t quite understand why Wilkins chooses to have the violins on the left hand of the stage, with the cellos, basses and brass on crowded on the right.  Only the winds seem centrally located.  This seating arrangement gives the percussion plenty of space, but tends to make the orchestra look and sound a bit lopsided.

Omaha is very fortunate to have this wonderful facility and orchestra.  Let’s hope the lack of patronage doesn’t hamper their survival.  By the way, Omaha has another performing arts venue, the restored Orpheum Theater, a once-legendary movie palace.  To some degree this is an embarrassment of riches.

I have one final note.  Omaha is an often overlooked US city, part of the “fly-over” region.  Yet it has a beautiful modern city core that has broad streets, hills, and a great riverside development.  It also some of the most well-preserved art deco buildings to be found, i.e., the Durham Museum, the Joslyn Museum and the Hotel Deco.  The Old Market also adds a touch of the old.  It’s a city worth a visit.