A beautiful couple- I mean recital 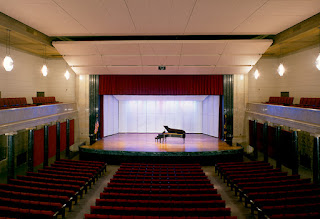 The Omaha-based Tuesday Musical Concert Series presented a recital by brother-sister team of Kirill and Alexandra Troussov. The presentation lasted for about two and a half hours so it was well worth the price of admission, which happened to be free.  The highlight of the performance was just looking at these two.  They are genetically blessed in the appearance department and in the music-making department.  Alexandra was stunning and has just a touch of playfulness while performing on the keyboard.  But I guess I should talk about the music, but first, did I mention they are very attractive people?

The program began with the Suite in the Old Style by Schnittke.  I recently heard this played in Atlanta’s Music on the Hill Chamber series. It is pleasant music written by a composer who could write in nearly any musical style, from classical to modern. This piece is beautiful if not particularly profound.  The duo played admirably. 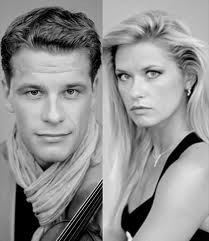 Next was Schumann’s Etudes Symphoniques played by Ms. Troussova.  These pieces are a set of études for solo piano, which were composed beginning in 1834 as a theme and sixteen variations on a theme by Baron von Fricken, plus a further variation on an entirely different theme by Heinrich Marschner. This is wonderful music to get lost in.  It encourages the listener to focus only on itself rather than the outside world.  It was played with nuance and with great attention to dynamics.  Ms. Troussova is a powerhouse when she needs to be.

The duo next played “Valse-Scherzo” by Tchaikovsky. This was followed by Prokofiev’s Sonata No. 2 in D for Violin and Piano.  This piece is beautiful and displays well the composer’s facility with melody.

Ms. Troussova played the “Hungarian Rhapsody” No. 2.    All I can say is that something went terribly wrong about three quarters of the way through this piece.  Either she forgot where she was or she simply had her hand in the wrong place, but it was not a pretty sound.  I give Ms. Troussova credit for charging on through.

Next was a beautiful rendition of Rachmaninov’s “Vocalise.”  Mr. Troussov managed some wonderful warm sounds from his instrument.  Liszt’s “Grand Galop Chromatique” was performed by Ms. Troussova and the recital was topped off by “La Ronde des Lutins” by Bazzini.  This was a spectacular showcase of the violin and Mr. Troussov demonstrated his technical mastery by plucking one string while playing another.  It was quite a nice ending.

After a deserved standing ovation, the pair provided two encores.  One was Kreisler’s “Leibesfrued.” There was not a dry eye in the house.  This was followed by Paganini’s “Carnival of Venice.” Wow and Wow.  These two pieces cleared up any doubt, if there was any, of Mr. Troussov’s mastery of the violin.

This brother and sister obviously are proud of each other and enjoy working together.  Ms. Troussova enjoys being on stage and, from time to time, will make a face to punctuate a humorous passage.  She can be funny, without being tasteless.

This recital was held in the Witherspoon concert hall of the Joslyn Art museum in Omaha.  It is a perfectly preserved Art Deco masterpiece.  It is a marble covered beauty and its sound has been softened by luxurious red velvet curtains and sound dampers.  It is a bit sonically dry, but perfect for a chamber recital.  It has the most beautiful chandeliers I have seen recently.  Again, they are perfectly preserved and difficult to photograph with a camera phone.  I will post my photographic efforts shortly. 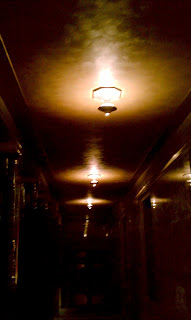 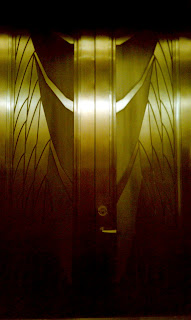 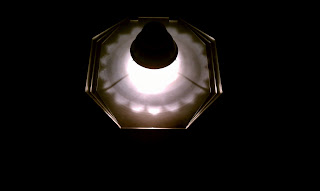 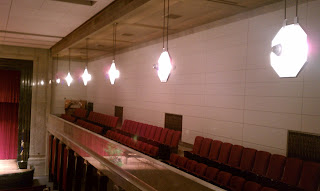 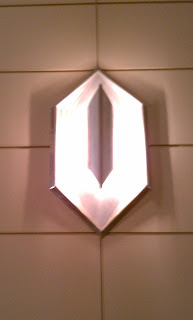 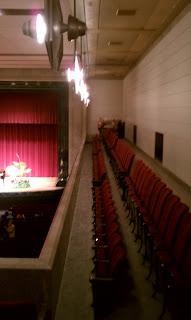 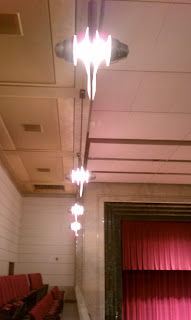 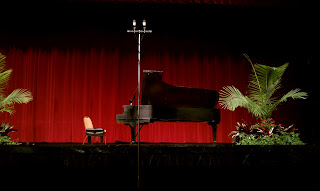