An Orchestra on Fire... 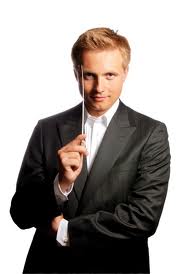 On May 17, The Atlanta Symphony Orchestra, under guest conductor Vasily Petrenko, presented a program that included:
Elgar: Cockaigne Overture
Shostakovich- Piano Concerto No. 2
Rachmaninov- Symphony No. 2.
The piano soloist was Kirill Gerstein.

"So they are going to play Cockaigne.  Not another warhorse crowd pleaser that has been so overplayed that it will take 15 irretrievable minutes of my life.  So the music begins with its little tune-filled tour of London Town.  Wait, wait- what is that.  The violins sound lush and unbelievably together.  Listen to those trombones- their bite sends chills up my spine.  Hear that out-of-tune band.  I can't believe what I am hearing.  It's a first class performance under the direction of a gifted conductor.  Can Cockaigne sound better?"

Then comes the Shostakovich. This mighty composer of Soviet days, who had been oppressed for his music that was thought to be designed to stir the masses, wrote this concerto in 1957.  Everyone should prepare themselves for the stridency, for the blaring brass, for the dissonances.  But, no- this a concerto that is a gentle and, dare I say, pretty as a classical composition, by say, Mozart.  It is a lovely piece that is very anachronistic for such a rabble rouser. Maybe it was written in a kinder, gentler spirit, given that it was written for his son's graduation at 19 from the Moscow Conservatory. Even in spite of the auspicious reason for the piece, Shostakovich himself dismissed the concert as lacking musical worth.  Regardless it is a fine piece.  Kirill Gerstein played the piece with strength, never condescending to the music.  He is a talented pianist who should have a brilliant career.  This was a satisfying performance with the ASO again performing to perfection.  An interesting note is that the last performance of this work in Atlanta had Dmitri Shostakovich, Jr. and at the piano and Maxim Shostakovich as conductor.  I wonder when we will hear such luminaries again in Symphony Hall, given all of the financial pressures on orchestra's these days.  Artists like that can't be cheap.  But wait...

Rachmaninov's Second Symphony is a masterpiece of late romanticism.  It is full of beautiful melodies that sweep and swoon across the orchestra, and therein lies both its strengths and weaknesses. When I think of this work, I think of those advertisements for cloud-like hotel beds.  Yes, the beds are comfortable but they threaten to have you can sink so far into them that you might struggle to breathe.   So too for Rachmaninov's Second. It is truly cloud-like in its beauty but it can strangle the listener with its length and its dreamy melodies that are stitched together with bridges that were never a strong suit for Sergei.  The symphony does not have the developmental genius of a Beethoven or a Brahms symphony, but then most symphonies by most other composers do not either.  But the Rachmaninov is beautiful.  Because of its length, lesser conductors get lost in its sweet bloat and leave the listener with the musical equivalent of Cool Whip on his/her face.  Well, I am here to say that that was not a problem for Petrenko.  He never lost the forward motion of the symphony.  He did not get stuck in the melody while forgetting the overall structure of work.  He made the hour-long piece seemingly go by in heartbeat.  The ASO played like it was on fire.  The violins were precise and shimmering.  The trombones were again outstanding.  There was some truly fine English horn playing.  The clarinets were first-rate, as were the flutes.  The cellos and bass sang.  Even the French horns, which in my opinion is the weakest section of the ASO, played beautifully, except for one mistake in a solo that made even other horn players wince.  This was one of the great performances of this season at the ASO.

Maestro Petrenko is 35-years old and already at the top of his game.  He is the chief conductor of the Royal Liverpool Philharmonic and was recently appointed to be chief conductor of the Oslo Philharmonic.  In case anyone missed it, the Oslo ensemble has had some incredible music directors, including Herbert Blomstedt, Mariss Jansons, and Andre Previn.  When I get a call from the Boston Symphony asking me to recommend someone to be their new music director, I will surely suggest Petrenko.   I believe that he has such a great future that they would be well served to hire him.  Probably won't happen but it's a nice thought.  Petrenko is one of the elite of the younger group of conductors that includes Dudamel, Nezet-Seguin, and Noseda that can bring life and great music to old orchestras and new audiences.

Apropos of nothing, Petrenko seems to be at least six feet tall, he is very good looking, and he has great hair.  When he conducts, it is as if he has no bones in his hands, they are so graceful.  They would make a ballet dancer proud.