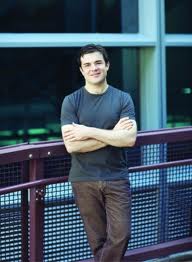 The Atlanta Symphony Orchestra, under guest conductor Michael Christie, presented a program that included:
Schubert- Symphony No. 8 in B minor (Unfinished) as finished by Marcel Tyberg
Mendelssohn- Piano Concerto No. 1 in G minor
Weinberg- Rhapsody on Moldavian Themes
The piano soloist in the Mendelssohn was Behzod Abduraimov.

Maestro Christie has made an effort to showcase the music of those composers who lost their lives in the Holocaust or who were shunned by the Nazis.  Schubert's "Unfinished" symphony is something of a mystery because no one is quite sure why it was left with only two movements, instead of the usual four.  The work displays Schubert's skill at producing great melodies, but it tends to lack a certain flow.  Every so often the pretty melodies give way to a blast of the full orchestra for no particular reason it.  As luck would have it, when I left Symphony Hall I listened to WABE and heard the New York Philharmonic play Schubert's Ninth (The Great), which has the same melodic invention as the Eighth, but doesn't have so much of the heaving by the full orchestra.  By the time I arrived home, I was Schuberted out, but back to this version of the Eighth.  Whether or not Schubert's work should be "finished" by another composer has been debated many times.  To some degree, one could look at it like the effort a few years back to colorize  the black and white movies of the 1930s- and 40s.  While the idea was intriguing, the result was a washed out version of the original move with colors that were likely inauthentic.  In addition, the director's vision of the movie was based on a black and white palette, which would affect lighting, camera placement, etc.  Tyberg's two additional movements for the Unfinished struck me as a washed out version of the original.  The third movement began with the brass joining in a melody mostly presented by the violins.  This seemed to be a compositional style that Schubert would simply not have used.  While this movement was created by Tyberg using sketches by Schubert, it still did not convince me that this was authentic.  But why should it?  It was a vision of a different composer.  The forth movement strayed even further afield from Schubert.  It seemed like a piece that would have been composed several decades after Schubert's death.  To me, finishing the "Unfinished" was a novelty that added nothing substantial to the original work.  I would have preferred that Conductor Christie would have introduced Tyberg to us by presenting, for example, his Third Symphony.  but he didn't ask for my advice before he programmed this concert. 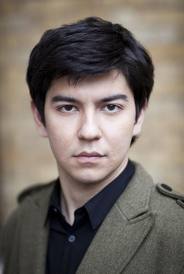 The Mendelssohn Piano concerto is an extravagant piece that flows with melody and excitement.  For me, Mendelssohn's representation in the concert hall has fallen off over the past years and I am not sure why.  We hear too much of the Midsummer Night's Dream, Fingal's Cave, and the violin concerto. All of these are great compositions, but Mendelssohn's output was great, and we don't get to hear enough of the rest of it.  Soloist Abduramov was nothing short of spectacular.  He is only 21-years old, but he has all of the technical skill of many older pianists.  He and Christie seemed very tuned in to each other so that the balance between the orchestra and the soloist seemed near perfect.  This performance was something of a contrast to the previous week's Rachmaninoff performance, where balances seemed way off.  Abduraimov has a grand tone, which worked in throughout the dynamic range of the concerto.  I expect that he will have a very successful career, at least based on this performance.  The cheers from the audience encouraged Abdurimov to perform a luminous encore.

The final work by Weinberg is an exciting work that showcases nearly every portion of the orchestra.  While titled as a rhapsody based on Modavian themes, it was obviously inspired by Jewish, especially Klezmer, music.  Weinberg was a Soviet composer of Polish-Jewish origin. He lived in the Soviet Union and lost most of his family in the Holocaust.  It is interesting that prior to his death he converted to orthodox Christianity.  He is considered by some to be  as fine a composer as Prokofiev and Shostakovich.  This "Rhapsody" is so accessible and enjoyable that I hope it finds its way into the standard repertory. I also hope to hear more of Weinberg's works.  The ASO sounded superb in this work.

Maestro Christie, who is 36-years old, conducts in a very elegant way.  He signals his desires for the orchestra with his left hand while keeping the beat with this right.  He keys into dynamics and to entrances, which makes his performances "tight."  I was curious why Mr. Christie's bio seemed to emphasize his triumphs in the 1990s, while seemingly light on information about his more recently work.  He has been the music director of both the Brooklyn Philharmonic and the Phoenix Symphony since 2005.  While these are fairly prestigious posts, they are also not in the first tier of American orchestra's.  While researching his background, I found some unpleasant descriptions of Mr. Christie as a result of some personnel actions he took in Phoenix that involved discharging some of the most senior members of the orchestra.  Accusations of Mr. Christie discriminating based on age  and of being a tyrant appeared in some letters responding to a newspaper article about the unrest in the Phoenix orchestra.  One writer seemed to threaten that Mr. Christie's alleged shortcomings would reverberant through the ranks of the musician's union nationwide, which would put a crimp in his chances to be a guest conductor.  I have no idea what went on in Phoenix, nor do I know the validity of the accusations made against him.  It would be a shame, however, if his career has been suppressed in some sort of union-based conspiracy.  He is, however, a solid conductor who attends to detail.  He seemed cordial to the orchestra in rehearsal and seemed to genuinely respect Mr. Abdurimov's ability.  In addition, he addressed the Symphony Hall audience to introduce his interest in these composers.  He was affable and articulate. Christie was recently named Music Director of the Minnesota Opera, again not a first tier type of position.  It is important to note, however, that his wife is a physician who will be working at the Mayo Clinic, so working at the opera makes a good deal of sense.

Best wishes to him in his new position.